America has a lot of really stupid traditions. For example, we pardon overweight turkeys the day before Thanksgiving, only to have them die of obesity days later. We moronically spend half of an entire day waiting for a rodent to see its’ shadow so that we can then somehow all proclaim to be meteorologists. In any year not crippled by a pandemic, we trample one another on a completely contrived and made-up day we long-ago dubbed “Black Friday,” all in the name of acquiring “stuff.” And of course, we created and continue to participate in, parties and celebrations centered around totally meaningless and non-extraordinary things that people do every single day; “WOW! You got pregnant? Let’s have a party! Better yet…let’s blow something up once we know the gender and tell all of your friends whether you’re having a boy or a girl while we burn down a few neighborhoods in the process?!?!?!?!?!” Not to mention “graduation ceremonies,” for those going from kindergarten to First Grade, Elementary to Middle School, and Middle School to High School. No other nation on earth gives a rat’s ass if their child is leaping from 8th to 9th grade because no other nation on earth believes it matters one iota. And they’re right. It’s a ridiculous thing to celebrate, because it doesn’t mean a God-Damned thing.

Which brings us to the most heinous of all uniquely American traditions; meaningless dancing.

Cultures across the world dance. They do so to express everything from joy to sorrow. They do so to worship and honor their higher powers. Some do so in the hopes that it will literally summon gifts from the heavens. None of those reasons are meaningless; they’re powerful, unique, emotional, and often at the very core of what that society and the individuals involved are dancing for and/or to.

Which is what makes America’s meaningless dancing so scary. It’s a window into our collective soul; and our soul is a vast, empty, black hole of no worth, value, or meaning.

We Americans gather in unison to dance for very specific, very pathetic, and very absurd, incoherent, and incomprehensible reasons.

The most relatable example is the celebration of a sports team’s victory. This one is not exclusively American, but we did create, and subsequently export it, to European countries. Upon learning that our team…comprised of people we have never met, don’t know, and only matter to us because of the jersey or uniform they wear on “game days,” …has won the championship of their specific sport, we take to our streets and dance in celebration over something that has absolutely no effect whatsoever on our individual lives. We act the fool for hours, sometimes even days, over grown adults playing a game and winning it, as though it somehow enhances our personal relationships, earning power, present or futures, and even our emotional well-being. Of course, the euphoria wears off at different levels for different people, but most quickly crash back down to Earth and realize that their lives are still as miserable as they were when the music began blaring.

On the night of May 2nd, 2010, Americans around the country danced the night away upon learning that Osama Bin Laden, the terrorist master-mind of Al-Qaeda, who actually had very little to do with 9/11, and, as of May 2, 2010 had no control or impact over the day-to-day operations of the terrorist group, had been assassinated. So, we danced because a guy who had absolutely no impact on our lives at all, whatsoever for almost a decade, had succumbed to a raid on his home and a bullet to his head. And then we all woke up to the exact same lives we had been living hours earlier. Cool.

It was fun, sad, and a grim reminder of our American stupidity to witness the same thing happen Saturday evening, November 7th, 2020, upon learning that Joe Biden had been presumed to be the 46th president of the United States. Just as with celebrating our sports teams’ victories, there are only two types of people and a handful of reasons that we engage in this truly pitiable behavior.

For the informed, (those who realize and understand that the victory of their sports team or candidate will in no way change their lives), they only publicly celebrate to make other people feel badly about themselves. Essentially, to rub-it-in-the-face of those with equally low self-esteem. Such celebrations have no effect on people rooting for the other team who are unaffected by the loss, so they only target those who are vulnerable to caring that others are happy. In other words, the victors are sadistic and cruel.  Beyond that, there are those who celebrate merely because they are so uncomfortable with who they are that they must gather amongst like-minded people are virtue-signal that they are part of the “in-crowd,” and must be liked and popular because of that. All of Social Media is based on this very pathetic premise.

The saddest dancers, however, are those who are not at all aware that what they are celebrating is completely meaningless and will, in no way, make a positive change in their lives. President Biden (or Harris if that’s what happens) will make no appreciable difference on anyone’s life who was dancing, especially with a Republican controlled senate, which is what will be the reality. The Supreme Court is devoutly conservative for a generation, and Republicans are currently governors of half the states of the nation. Joe Biden cannot, and will not, cure racism, anymore than Trump caused it. Biden is not going to wave a magic wand and make Covid go away, nor is he going to suddenly re-employ 40 million Americans who lost their jobs. The minimum wage is not going up and college is not going to be “free,” and healthcare is not going to get better or cheaper. Grow up.

The dancing fools don’t know this, though…and when none of it happens, they’ll blame anyone and everyone other than themselves and their own ignorance. This is why, when I see people dance, I feel joy and ebullience. When I see third world natives dancing and smiling, with no understanding or care of what the rest of the world has to offer, I feel a genuine sense of happiness for them; they are truly joyful, with no needs or wants for all that the world has to offer…or perhaps, more impressively, they have no desire to be part of that world and yet still find genuine contentment amidst their huts and tribes. When I see school aged Americans dancing I envy and relish their innocence for I know it’s the last of it they’ll ever have; the real world awaits, but for now…let them dance.

And when I see millions of dumbass Americans celebrate their political candidate’s win by dancing like it’s 1999, I laugh uproariously and get giddy as a schoolboy, for I know and pity their ignorance of such a hollow victory. It’s so much sadder than celebrating your sports team’s championship; at least in that case you can buy a plaque or banner or something that commemorates an achievement….this pitiful and pathetic notion and belief that a political party will actually make your life better is beyond sad…it’s depressing; and it’s so 21st century American.

Dance the night away…dance the year away…let’s chat next November, when absolutely nothing in your life has been made better as a result of a politician. Sadly, I know, you’ll have a laundry list of excuses as to why your life is as miserable as ever, when what you really need is a mirror. 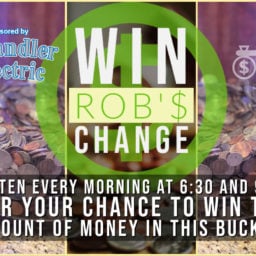 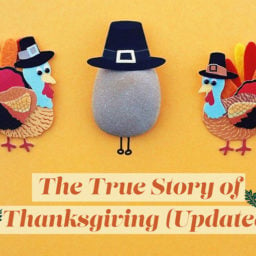