The other day my wife, who is 20 years younger than me, accused me of engaging in “dad humor,” which is not a compliment. As a man who prides himself on being funny, I was taken aback and immediately began taking stock of my life. Suddenly I realized that I am now the age (46) that my father was when I began to really have an intellectual, humorous, and engaging relationship with my dad. While my wife was clearly not saying that I was engaging in humor similar to that of my specific dad, perhaps there was truth deep in those ever-so-hurtful words…perhaps I was becoming my father.

Which, my wife would agree, would not be the worst thing in the world. My father is not a perfect man, but we could all do a lot worse. As he pushes towards 86 years old, he’s still going strong and he’s still intellectual, humorous, and engaging (and quite wrong on a number of issues…but, part of our amazing relationship is our ability to disagree without vehemence and find, almost always, common ground and without doubt always détente).

The truth is that it would be far from an epiphany for anyone who knows both my father and me to hear that we’re similar if not alike. This was established decades ago and I embrace it proudly. But I never recoiled in disgust at my dad’s humor. In fact, my dad is a major foundation of whatever sense of humor I have, not just from his own words, but the influences he exposed me to. Watching comedy, both stand up and situational, was a cornerstone of our time together from the time I was 7 until I left home at 18 (yes, millennials, people used to leave the house at 18 and never come back because that’s what adults used to do…GET OUT…sorry, old man tangent).

Plus, I can’t even remember any really bad jokes that my dad used to repeat over and over again, which is the very cornerstone of the stereotypical “dad joke.” Oh, sure, he has “go-to” lines and clichés that he repeats and over-uses, but that doesn’t count! What I do remember are a few gems of life-changing wisdom that he passed on to me which I still use and repeat today. My favorites are as follows:

ON RELATIONSHIPS: As many do, I had my first “real relationship,” in high school. We went to Junior and Senior Prom together and then I broke up with her. And then she cried, and called, and I started to miss her…and I walked out to our garage to chat with my dad (yes, even though it was just us two guys at this point, we still had many of our best chats in the garage around his workbench. Stereotypes exist for a reason). I told him in less than 10 words that I was thinking of getting back together with her. The number of words is important because, were I a woman, I would have taken 4 full days to explain things and get to the point, during which time my father would have grabbed a power saw and decapitated himself. You’re welcome, dad.

My father let me finish and then said in his memorable, thoughtful tone, “Son, I like her and if you decide you want to be with her, I’ll support you as I always do. But…always remember how bad it was. There’s a reason you broke up with her. As we get away from situations, we remember the good times and romanticize ourselves into forgetting the very reasons it wasn’t working.” That’s probably not an exact quote (even though I put it in quotes), but it’s pretty damn close…and the phrase I am certain was uttered was “always remember how bad it was.” I have applied that to so many circumstances throughout my life in which I have made a sound, smart, reasoned decision to make a change, only to have that person or situation try to come back into my life. Whether it was a romantic relationship, a business partnership, or even a living situation, remembering “how bad it was,” when I made the decision to separate, has kept me from allowing falsely positive memories to lead to repeating mistakes.

ON RELATIONSHIPS 2: This one is not unique to my father, and neither he nor I would claim it was, but it is a message that should be delivered by all parents to all of their children. When contemplating spending your life with someone, it is important to do your best to deduce what that person will be, look, and act like in the future. If only there were a way to have some insight into how a person might evolve over the years. There is, of course, with rare exception. As my father told me, “son, if you want to know what a woman is going to be like 20-30 years from now, get to know her mother.” It works the same with men, by the way, and it is so true. Genetics, behaviors, life lessons, motivations, goals, what they’ve learned about relationships, and so much more, are all locked up inside their mothers (or fathers). No, they won’t be a clone of their parent, but they’ll be close. Thus, I, of course, have dumbed it down to as superficial a means-test as possible; my wife’s mom is hot…winner!

ON BEING A MAN: For the most part, my dad led by example in this area; he always held doors open for my mom (even when they weren’t getting along…which was almost always), he maintained his composure in the face of crises, he used logic over emotion to approach, address, and solve problems and he made fun of me not having pubic hair (no, seriously, that happened…but mainly because I thought it was wise, for some reason, to whip out my prepubescent wee-wee in front of him for a poorly thought out attempt at a “kid joke.” He schooled me that day with man shame. Well played).

In terms of words, I vividly remember a conversation in his pickup truck one evening when he was explaining to me various “compromises,” he had made with my mother which would be changing our day-to-day lives (mainly his). What I heard weren’t “compromises,” they were sacrifices on his part. I think I was 12. I remember asking him why he would give certain things up, why he would do things he didn’t want to do, why he wouldn’t do things he wanted to do, and so on. He listened…and then he said “because son, that’s what men do.” I think there was more after that which probably explained why men made sacrifices in the face of needing to lead their families, but I received the message. I realize this one is blatantly sexist by today’s standards, but today’s standards are stupid.

ON TRUE FRIENDSHIP: This is the most controversial one, not because of its’ words, but because my father swears up and down that he doesn’t remember ever saying anything close to it. I have not only never forgotten it, but have repeated it more times than I can remember as a way to truly challenge people. I had either lost a friend, or was just having a stupid kid fight with a friend. Either way, I was upset and pouting and my dad, as he always did, checked in with me and listened to me whine, and then he said, “Son, a friend will walk across the desert with you to help you find a pot of gold…a true friend will walk across the desert with you just because you ask them to.”

This is the point at which I always challenge people to pause and really apply that…how many people in your life would really, actually, take a leap of faith, hand-in-hand with you, for no reason other than you asked them? Would your alleged “best friend?” Would your spouse? Would your parent? If you sit and really think about it you might be surprised…and in the end, lonely. 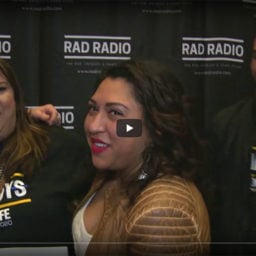