Stop Relying On The “Real World”

Over the past decade, as stories of our coddled youth have exponentially exploded, more and more people have self-soothed themselves by relying on a version of the “real world,” argument.

On and on it goes. As I understand it, this “real world,” is essentially the working world, in which the “American work ethic,” will essentially toughen up these snowflakes. They will, the theory goes, be forced into a fight or flight scenario which will make them realize that despite being coddled by their parents, teachers, mentors, and peers, the “real world,” is a cut throat operation in which you must, and will rise to the occasion. The weak will be meted out. The strong and committed shall rise. Those who can handle failure and rise above it will be rewarded, while those who wilt under pressure shall be discarded.

So, stop worrying, the story goes, about giving trophies to every child, and colleges focusing on 53 different versions of gender identity pronouns, and all of the lawnmower parents who make sure that their children never experience any adversity. Stop worrying because the “real world,” will fix them, and show them the way.

From the jump, I found this argument to be idiotic.

I get it…people hate change, especially change that they see as detrimental to the very core of their thinking. That’s why we self-soothe. We make up our excuses or explanations that will explain away the unbearably bad news we’re hearing. It’s much easier to demand that our way of life will continue rather than accept changes we would never fathom.

But here’s the thing; you’re a denier.

As people would respond to the stories of America’s pussification with their “real world,” theories, I would always respond with a simple question: “What’s going to happen when they’re the ones defining the rules of the real world?”

Typical, ignorant, arrogant, asinine responses would greet me: “they’ll never get that far,” or “they’ll learn,” or other such ‘Merica pablum.

Does that sound like the “real world,” you were expecting to rescue the nation?

In just 2 short years (2020), millennials will be 50% of the American workforce, and they are dramatically and dynamically reshaping the American work ethic. Too many of you still envision grey-haired men who have been alive for 60+ years as those running things…ignoring the Mark Zuckerbergs of the world who become the most influential humans before the age of 25, and filled with their idealistic views of how the “real world,” should, and at their behest, will be.

The bottom line: your new “real world,” looks like this: We do things not to make money or thrive, but rather to make an impact and change the world. As one study of more than 200,000 (a massive study) concluded: “What millennials really want out of work is to make an impact. Nine in ten seek to benefit society with their skills, and one in two would be willing to take a pay cut if it meant working for a company that matched their values.” And as those millennials become managers and/or start their own companies, they will continue to make the new rules, all on the foundation that altruism trumps all. A nation built on such a premise will, inevitably, wilt before the world and assume its’ role as the 3rd or 5th or 8th most important country…and to most millennials, that’s exactly where America belongs. According to multiple other new studies, half of all Americans under 40 favor socialism, believe that America is more racist than any other nation, and are not proud to be American.

They are defined by experiences, impact, and altruism. They are driven to make the world fair for all, and they are convinced that America is the problem, not the solution. It is no longer hyperbole, it is fact…and those of you who continue to blindly insist otherwise are part of the problem. The real world is not changing them, they are changing the real world. 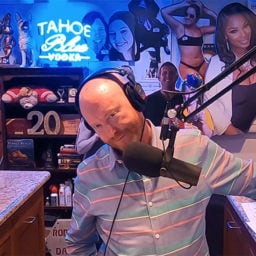