Review: The Many Saints Of Newark

The Many Saints of Newark

(In Theaters and on HBO Max)

I realize that this may not be a popular take on this movie, especially with all of the hype surrounding it, and the romance of James Gandolfini’s real-life son, Michael, playing a younger version of his most famous character, Tony Soprano….and to be candid, the trailers made me excited to see this movie; Michael’s mannerisms, inflection, and body language seemed spot on, the known actors were all familiar and excellent, and there were endless images of classic mob movie violence. Whoever edited the trailer is the one who should have praise heaped on them, because as a movie, this thing sucked hard.

For starters, Michael doesn’t even show up for the first half of the film as they take painstakingly long to show us an even younger Tony, surrounded by his psychotic family. We get it, he grew up in a mob family where killing your own father so that you could marry his wife was neither encouraged nor frowned upon. Oh, and they were massive racists. Cool. The rare glimpses of violence are nary enough to satisfy and the plot is just painfully lethargic and clearly a near-narcissistic effort by creator David Chase (who wrote this pile of trash) to try to redeem himself from one of the worst series’ endings in history by writing what he believes to be an intellectually stunning story. Mission failed.

Oh, and side note; if you have any chance of enjoying any of this movie, make sure you’re boned up on all of the characters established in the series. The few bright spots are noticing the casting choices and uttering things like “ooohhhh yeah, that’s Janice, the one who grew up to be all fat and mean,” and “hey! The guy from Billions is Junior!”

With no script to help them, almost all of the acting falls flat, and even Michael, who at times showed brilliance, was far from as impressive as everyone wanted, expected, and promised.

Please, for the love of God, let this be the final “Sopranos Story.” 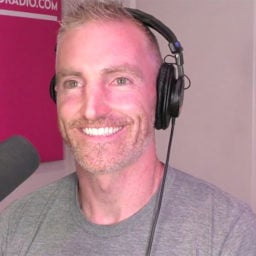