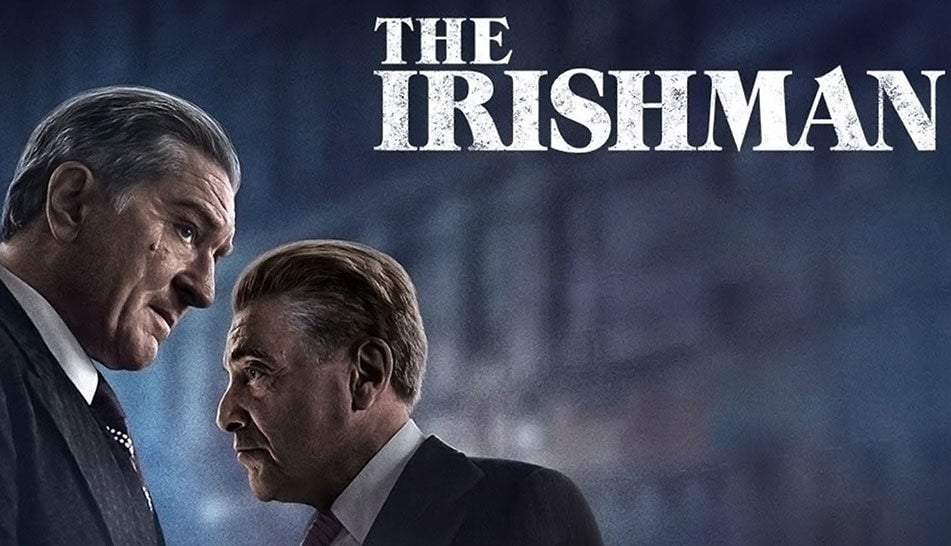 Martin Scorsese directs a 3.5 hour “epic” film that inherits a state of the art technology to de-age some of the greatest actors of our time.  Sadly, that is the only interesting thing about The Irishman starring Al Pacino, Joe Pesci, Robert De Niro and Harvey Keitel.   It took me three days and four separate sessions to sit through this snail-paced, mumble-filled, over-hyped hunk of garbage.  Here’s the rundown, if you care:

In the 1950s, truck driver Frank Sheeran gets involved with Russell Bufalino and his Pennsylvania crime family. As Sheeran climbs the ranks to become a top hit man, he also goes to work for Jimmy Hoffa — a powerful Teamster tied to organized crime.

De Niro’s character, Frank Sheeran, killed Hoffa… allegedly.  There, that will save you 3.5 hours of boring, bloviated dialogue and anti-climactic scenes.  The de-aging effects were great, but I’ve been more impressed by the deepfake videos that have gone viral.  That technology is actually terrifying.  Imagine if our enemies or the government got their hands on this deepfake tech and uses it against us?  Just think about it.   The Irishman was boring, dumb, and the ending was horrible.  Save yourself and skip this film unless you’ve got nothing better to do.  On a happier note, you get to see De Niro’s character assassinate Sebastian Maniscalco’s character.